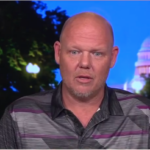 A Virginia school district says it properly followed procedures after two students reported being sexually assaulted, adding that the school district was not trying to cover up a scandal.

These allegations came after the school board approved a policy that allowed trans-identified students to use bathrooms that corresponded with their gender identity instead of their biological sex. According to The Daily Wire, a 15-year-old girl at Loudoun County’s Stone Bridge High School was sexually assaulted in a girls’ bathroom by a biological boy who identified as a girl.

The victim’s father, Scott Smith, said he also received a call from another parent who claimed there had been another assault by the biological boy. The Loudoun County Sheriff’s Office says the teenager has been charged with sexual battery and abduction of a fellow Broad Run High School student.

Parents said at a school board meeting that the board was not being held “accountable.”

“There is something seriously wrong with a system that prioritizes reporting a rape internally to the superintendent so that they can control the narrative instead of calling the police,” a parent said.

The school claims police were contacted to investigate the claims.

News Superman will Come Out as Bisexual in Upcoming Comic

In the upcoming DC Comics Superman release, the son of Superman and current heir to the mantle will identify as bisexual.

In July, DC Comics published the new series, Superman: Son of Kal-el, in which Jon Kent, the son of Daily Planet reporter Lois Lane and Clark Kent, the original Superman, becomes the Man of Steel.

According to DC Comics, Jon Kent will identify as bisexual in the fifth release of the comic and will become romantically involved with a male reporter, Jay Nakamura, after initially striking up a friendship. 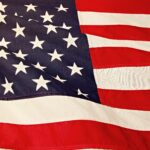 Is America Headed for a National Split?

The following has been adapted from an article by Richard D. Land, Christian Post Executive Editor.

Are ominous signs revealing deep divisions in American society serving as harbingers or warning alarms that the nation’s continuing unity is truly imperiled?

There are certainly multiple reasons for deep concern. The University of Virginia’s Center for Politics has published a survey revealing that 41% of President Biden’s voters believe that the nation is so hopelessly divided that they think the nation needs to be divided into “blue” nation and “red” nation. Sadly, 51% of President Trump’s voters agree with them.

When you expound on the survey, the results are even more ominous. If you add 41% of Biden’s voters (38 million) with 52% of Trump’s voters (38 million), we are confronted with the fact that 71 million Americans who actually voted in the 2020 presidential election are ready to give up on the American experiment. A disdain and hostility toward fellow countrymen, and a lack of tolerance of differing convictions, have now reached the point of advocating national divorce.

We have seen the signs of this extreme division surfacing with increasing regularity. On the eve of the 2016 election, polls showed that if Trump won, approximately 60% of the citizens of our most populous state, California, were willing to secede from the Union. Just as ominously, approximately 60% of the residents of the nation’s second-most populous state, Texas, said they were willing to secede if Mrs. Clinton won. Many would argue that Donald Trump’s candidacy and presidential tenure were more a manifestation of America’s deep divisions rather than being causative.

In Washington, D.C., the Congress also increasingly mirrors these deep fissures in the nation’s body politics. As The Wall Street Journal’s Gerald Seib has observed, “Increasingly, Americans have sorted themselves into red enclaves and blue enclaves where they live with people who share their cultural and ideological mindset.”

However, while there are many contributing factors to this serious national crisis, the main underlying factor which dwarfs all other causes is the baneful influence of social media.

The recent revelations of the Facebook whistleblower Frances Haugen have revealed the malignant influence of social media in breeding and feeding divisions in our society.

Let us pray that this dangerous drift is reversed while there is still an America left to save. May God give us the grace, courage, and wisdom to prevail in this struggle and to bequeath to our children and our children’s children the great inheritance passed on to us by our ancestors—the great privilege and responsibility of being an “American.”