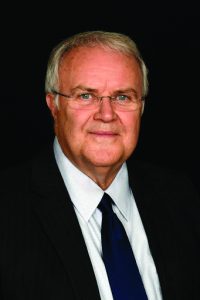 Rev Larry Arrowood, I first met Pastor Paul Mooney when he asked me to assist in reestablishing Indiana Bible College in Indianapolis. From that moment he remained a mentor, a model, and a friend. Always unpredictable, he once sent me an encouraging note, but the card was upside down. I cherish the message; however, I still wonder if the upside-down card was by accident or on purpose. Never at a loss for words, he loved to share a nugget from the Bible, and he always brought a challenge into every conversation. Be better. Dream bigger. Go beyond. He inspired me to “press toward the mark … of the high calling of God…” In one of those special moments of sharing, he reflected on the essence of ministry. Though holding significant offices within our fellowship, he expressed, the heart of ministry is that of a shepherd. I think that’s why he purchased the farm. 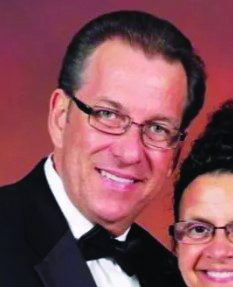 Rev Dan Batchelor,  When one thinks of great religious leaders our mind tends to search for academic accomplishments, international acclaim, or even intellectual charisma.  I know that such could be found of a man from Indianapolis – Rev. Paul Mooney, Indiana Bible College President and Pastor of the Midwest’s flagship congregation, Calvary Tabernacle.  His Christlike character and unwavering convictions speak volumes.  I’ve found him to be a sincere friend and provocative preacher.  I commend him for providing materials to build a life pulpit for thousands of ministers.  I give honor to him and his wife for leading Calvary church, school, and college for three decades.

In this season of change, I remember a quote that may provide some introspection:  “At times you have to leave the city of your comfort and go into the wilderness of your intuition.  What you’ll discover will be wonderful.” – Alan Alda 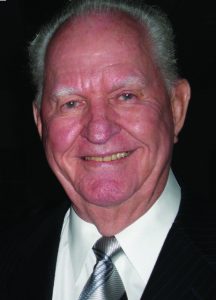 Bishop Arless Glass, I am saddened to write these words today.  When you were elected as Pastor of Calvary Tabernacle, I was thrilled!  I felt in my heart that you were the perfect one to take on such a great job.  I was certainly not disappointed.  I wanted a Bible College there and had discussed it many times with the Board of Education.  When I received the call that you were interested, we felt it was an answer to our needs.

I knew it was a big and meaningful job and, in my heart, I knew you could do it.  The United Pentecostal Church, International is ever indebted to you for the tremendous job you have done.  I stand in awe of you!  Now, take off and go fishing!  You deserve it!  Thank you for allowing me to “rub shoulders” with you in Christian Education. 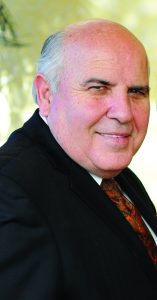 Rev Ron Guidroz, When we think of the most pleasant personalities that we have been privileged to know, Paul Mooney stands out as a person that reflects happiness, laughter, and cheer. He also has a passionate side for the kingdom.  Pleasantness and Passion all wrapped up in one great man.

Several years ago on a Holy land tour, we spent a day in Aman Jordan at Petra. The mood was light and jovial. On our long walk up to the top of Petra, we picked up a hand-sized rock and began previewing in our imagination that this rock was like the Rock Church Nate Wilson was building in Sacramento, California.  We were inspired by the huge stone façades of Petra and envisioned this rock to be a symbol of what Nate was building. We laughed and proceeded to have Tim Pedigo do a “documentary” of us for Nate about the church on the Rock.  To our dismay, the camera malfunctioned, but we had a great time at Petra with the rock.

Back in the ’70s in Michigan, several of us preachers got together for fellowship often.  Bro. Tommy Craft dubbed us the Michigan Mafia.  O.C. Marler, Nate Wilson, Robert Henson, Ron Guidroz, Charles Grisham, and Paul Mooney and our wives had great times of fellowship. At our annual Christmas gatherings, I was self-appointed to provide the entertainment for most years. One year after Charles Grisham had experienced a stroke and could not travel, we met in Nashville where he was living. At that gathering, my entertainment was called “Double Portion Ministry”. I donned a size 62 sport coat, 62 blue shirt and a pair of khaki pants size 62 waist that I picked up at Goodwill.  I was stuffed with bed pillows, and looked like I weighed 500 pounds.  My black curly wig, large plastic ears, bubba teeth, and bare feet pulling a large suitcase full of props for my script. I entered the gathering room of the hotel.  When Bro. Mooney recognized me, he started laughing and got on his all fours.  Many fun times we have had together through the years.

We love this couple and their friendship is priceless to us.  Ron and Jerry Ann Guidroz 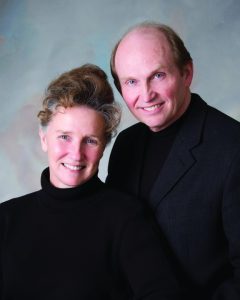 Rev Jerry Jones,  To understand the influence of Paul Mooney’s ministry on the Apostolic Movement, we must invoke such heroes as Goss, Urshan, Witherspoon, Chambers, and even Haywood. Tens of thousands have been transformed by his preaching, and both his deceptively casual style and his penetratingly brilliant presentation is emulated everywhere. His leadership has rooted the movement in truth and inspired preachers, young and old to rise to the challenges of our times with courage and confidence.

Yet, he has always had an approachable and one-of-us side. I have counted him a friend since we sat together on the General Board in the late ’80s and survived the boring parts by playing “watch” games. At least until one time we got the “stare” from the head table when Bro. Urshan figured out what we doing. And although we had to later sit at the head table so could no longer escape those boring parts, I think he and I both remembered those simpler days with some yearning. Congratulations my friend, there are still good years ahead! 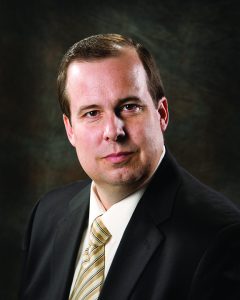 Rev. Scott Graham, I was but a young man sitting in a shoeshine chair in the hotel at General Conference.  At that point, I had held no elected office in the UPCI.  No one even remotely knew who I was.  Suddenly a “bigger than life” person was standing beside me leaning on my knee.  “Looking sharp, young man.  Looking sharp.  What’s your name?” he inquired.  I was nearly struck speechless when I realized it was Brother Mooney.  In the lobby of a general conference hotel in which he knew nearly everyone, this legendary leader paused to speak to, validate, and invest in a young “wannabe” preacher.  I’ve never forgotten it.  Suddenly his iconic messages were all enriched by my exposure to the man behind them.  Thank you, Brother Mooney, for loving developing ministries and for pouring into them for so many years at IBC and across our fellowship.  You are a treasure!