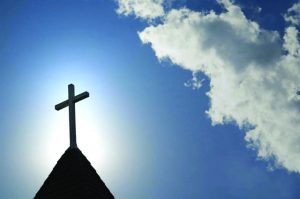 A Florida church is suing its county after government officials forced it to obtain a special application to operate a Christian school, and then denied the church the permit. The failed application cost more than $10,000.

The federal lawsuit by Alliance Defending Freedom on behalf of Englewood Church of the Nazarene (known locally as Crosspoint Church) was filed March 25 against Sarasota County. It asserts the county’s action violates state and federal law, and the U.S. Constitution.

The controversy began in 2013 when Englewood Church started Englewood Christian School, which focuses on children who have learning disabilities and come from underprivileged homes. It meets in the church’s building.

More than three years later, the county ordered the church to obtain the special application, a process that involved hiring an engineer to draft a detailed “development concept plan” and holding a neighborhood workshop after providing written notice to local property owners, according to the suit. It cost more than $10,000 to complete.

The county then denied the permit and began fining the church $250 a day if it continued to operate. To date, the penalties have totaled $40,000.

The lawsuit says the county’s actions violate the U.S. Constitution’s guarantee of equal protection and its First Amendment protections of religious freedom.

A syndicated columnist says two airports that banned Chick-fil-A from their facilities engaged in “anti-Christian, unconstitutional” behavior – and that it’s a preview of a future where anyone who affirms traditional views on sexuality will be shunned.

In both instances, government officials expressed concerns about the corporation’s position on LGBT issues. Chick-fil-A is owned by Christians.

Columnist Rich Lowry labeled the actions “McCarthyite.” He wrote, “This is about punishing the Georgia-based company for the faith of its leadership. The official bans are anti-Christian, unconstitutional and a harbinger of a larger effort to hunt down and punish any organization that has uncongenial views on sexual morality.”

The pushback against Chick-fil-A came as a ThinkProgress report criticized the restaurant’s owners for their donations to the Salvation Army, the Fellowship of Christian Athletes and the Paul Anderson Youth Home.

“Needless to say, a lot of other people are guilty of the same offense, given that the Salvation Army raises about $2 billion a year,” Lowry wrote. “To consider all that the Salvation Army does – its thrift shops, aid for the homeless, disaster relief, anti-trafficking programs, Christmas gifts to needy children, and much, much more – and reduce the organization to an allegedly anti-LGBT group is perverse.

“For its part, the Fellowship of Christian Athletes stands accused of seeking ‘to spread an anti-LGBTQ message to college athletes.’ It’s true that FCA asks its leaders to forswear homosexual acts, but it also wants them to pledge not to engage in heterosexual acts outside of marriage and, for that matter, refuse to use drugs, alcohol, or tobacco.”

Chick-fil-A, Lowry noted, does not refuse “to serve or hire anyone.”

“The latest campaign against Chick-fil-A is based on the idea that it is impermissible for it to associate with any group with a traditional Christian understanding of sex and marriage, for any purpose whatsoever, no matter how unobjectionable or noble,” Lowry wrote.

The government officials, he wrote, need “a remedial lesson in the Constitution,” which “forbids discrimination against private companies on the basis of political or religious viewpoint.”

“It is the enemies of Chick-fil-A who are intolerant and out-of-the-mainstream,” Lowry wrote. They desperately need to abandon their tawdry McCarthyite crusade and ‘Eat Mor Chikin.’”

Complaints from a civil rights group has forced the removal of a World War II Bible from a veterans hospital display, although the group says the Bible’s new location is just as problematic.

The display reportedly involved an empty chair at a kitchen table, with a plate, drinking glass, candle, flower, American flag and saltshaker sitting atop a tablecloth. A Bible that was carried by a POW in World War II also was part of the display, but it was removed after a complaint from the Military Religious Freedom Foundation.

The hospital transferred the Bible from the Missing Man Display, which is behind ropes out in the open, to a protected case behind glass. That is just as problematic to the Military Religious Freedom Foundation, which says 14 veterans have complained.

“That is still a Christian Bible,” Mikey Weinstein, president of the Military Religious Freedom Foundation, told WMUR. “It is still promoting — particularly in the surrounding aspect of the POW-MIA remembrance, one of the most sacred things you could do in the military — one faith over another faith.”

The hospital, though, says the Bible will remain where it is. It released a statement to WMUR saying hospital officials “consulted with appropriate legal counsel before placing this treasured WWII artifact, which happens to be a Bible, with the display, and is confident that this does not impinge on Constitutional protections.”

According to WND.com, Liberty Counsel said in a report that OSU “is intent on silencing or driving away parents, employees or volunteers who believe that there are only two sexes, male and female, and that homosexuality and ‘transgenderism’ are inappropriate subjects for impressionable children and have nothing to do with 4-H.”

Liberty Counsel said all Ohio participants in 4-H attend camps and events where they must share showers or sleep in the same rooms as others who identify as another sex. The counsel also said the college’s program promotes the use of the pronouns, “Zie, Zir and Zirs.”

“Ohio 4-H once reflected the values of the populations it serves,” Staver said. “However, OSU is now using the program as a vehicle to enforce radical LGBT ideology and terminology, including the idea that pronouns are subjective, and do not correspond to objective biology of male or female.”