The End Times: Apostasy or Revival? Vol 32 No 1

The End Times: Apostasy or Revival? Vol 32 No 1

The End Times: Apostasy or Revival?

Note:  The opinions on this page are entirely those of the individual and do not necessarily reflect the opinion of Indiana Bible College 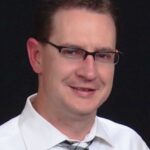 Jeff Jaco, New Castle, IN – The past eighteen months have given us a glimpse into the reality that we are much more susceptible to governmental tyranny and despotism than we ever realized. If the rapture is to occur pre-tribulation (certainly my vote if I get one), then we seem to be on an expedited course toward it and surely the hour is near. I absolutely expect an end-time revival and a falling away. Scripture leads me to believe the revival will be far greater than the apostasy. We certainly attempt to stay prepared for an ingathering, with discipleship programming that is current and in use. I don’t see how any church in our current environment could be prepared for the end-time harvest that God will send. It’s impossible to truly imagine what that revival will look like or how it will unfold. 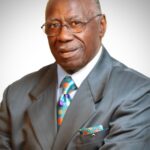 Clifton Jones, Philadelphia, MS – The Day of Pentecost was the beginning of the fulfillment of the latter-day outpouring prophesied by Joel. I don’t see any physical happening of turning people to God. The coronavirus didn’t move people toward God. That left me feeling that nothing else will, either. God has given His Word to awaken the hearts and minds of people. If and when the Word is ignored, you can be sure it won’t happen with anything else. I don’t believe the church will go through The Tribulation. The Lord’s death on the cross was to deliver us from the wrath to come. We were delivered from sin to enable us not to presently continue in it and later be judged for it

Brian Norman, Florissant, MO – We are in revival with a harvest beginning like we have never seen. At a parallel time, we will also see an apostasy as we have never seen before. In August 2020, the Lord came to me in as clear a prophetic voice and vision as I have ever received, saying, “I am coming soon.” We are closer than any of us want to admit. What day that will be? No one knows.

I am continuing to fulfill my calling and recognizing God will give the increase. I do my part. Jesus will do the rest. When you are having revival, nothing else matters. When you are not having revival, nothing else matters. A social collapse is coming, paralleling the great harvest. I am more focused on Jesus Christ than anarchy and the Antichrist. 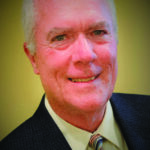 David Huston, Carlisle, PA  – I believe there will be social upheaval that will lead to tyrannical world government. The most important thing the church can do to prepare is to train up leaders and establish a strong network of home groups. Once the Antichrist locks the doors on the church buildings and hauls the pastors off to prison camps, the church will need to continue on in homes as it has in China.

Believing in a falling away and believing in a great ingathering are not mutually exclusive. Why can’t there be many coming in and many going out at the same time, or perhaps as a great ingathering followed by a great falling away—or vice versa? We are ready to receive 100 new people. Our building has plenty of space. We have well-established home groups, and we have a solid team of leaders 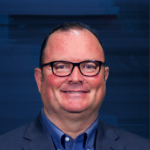 Dave Robbins, Plano, TX –The “Great Falling Away” (90 AD – 180 AD) mentioned in 2 Thessalonians 2:3 has already occurred. We are now in the “Age of Enlightenment,” and the original doctrines of the Bible are being preached and experienced. In my opinion, Scripture teaches a post-tribulation rapture. I do believe there is a final seven-year period just prior to the Second Coming. The Great Tribulation is the final three and one-half years of that final seven years. According to Jesus (Matthew 24:29-31), the Rapture occurs immediately after the tribulation of those days (verse 29). I believe we are just prior to the beginning of that final seven-year period.

Endtime Ministries uses radio, television, Endtime Magazine, social media, DVDs, the Jerusalem Prophecy College, End of the Age plus prophecy conferences, Bible studies, and our global correspondence to teach the gospel of the Kingdom of God to all the world because the end time is now.

I am constantly being asked the question, “How will the church function under the reign of the Antichrist and his world government?” The answer is that the end-time church will function just like the New Testament church. They were under the reign of a world government—the Romans. Still, they had great revival and spread the gospel around the world.

We are already seeing some persecution against the church. That is nothing new. The church has always suffered persecution. However, we can’t let it stop our great commission—to win the lost! This end-time revival will be the greatest revival the world has ever known—a multitude no man could number 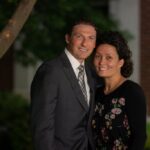 Charles Robinette, Weldon Spring, MO  – At this very moment, God is calling, equipping, and imparting Apostolic gifting, offices, and understanding to a great army of millions of believers, who are unashamed of the gospel of Jesus Christ. Those who will, at His appointed time, in unity, converge on the enemies’ kingdom, facilitating a great and unprecedented, global harvest. The billions who receive and obey the truth will far outnumber those who reject truth.

The harvest we are experiencing right now far exceeds that which all the apostles witnessed in their time. Entire trinitarian organizations, Muslims, Baptists, and many others are coming to the revelation of the mighty God in Christ, being (re)baptized in Jesus’ name, and are being born of the Spirit with the evidence of speaking with other tongues! God is positioning the world to be desperate for the truth, and He is equipping the church to facilitate His great global harvest!

Our existing churches will intentionally become training centers for apostles, prophets, evangelists, pastors, and teachers. We will begin sending believers out in teams locally and globally, and they will convert neighborhoods, churches, cities, and nations in dramatic fashion. Global harvest will happen so quickly that no human plan will be able to keep up with God’s plan. We should simply get with it or get out of the way!