Have you ever sat down in a room full of people and then felt woefully out of place? If you’ve never been afforded this luxury, those of us who have endured such a moment agree together and wish this experience for you– we will say it’s for the sake of personal growth. Unfortunately, this type of scenario has happened to me multiple times in my life. No doubt some of this feeling is based on personality and perception more than actuality. However, from childhood classroom experiences to more recent scenarios, I’ve endured the painstaking feeling of being out of place plenty of times. While initially embarrassing, one of these moments helped develop who I wanted to be as a minister of the Gospel, and I’d like to share the story with you.

Now I understand that many who will read this article may not belong to any particular church organization, or possibly one different than myself. I hold a ministerial license with the United Pentecostal Church International. Annually the UPCI holds a General Conference somewhere in the United States with a host of workshops, multiple general services, special emphasis services, and closed meetings for licensed ministers where business occurs. Nearly twenty years ago, when I was just a young local licensed minister within the organization, I somehow ended up at the annual minister’s business session alone. Looking back, the details are still fuzzy as to how I ended up separated from my Pastor during that meeting, but I walked in with confidence only to soon feel overwhelmed by the size and scope of the event. 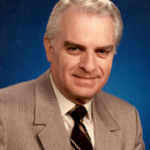 Unable to find a friend to sit with, I hurried down the aisle looking for a seat to bail into. The General Superintendent was speaking in the microphone and business was beginning, so I glanced busily back and forth until I saw a vacancy and eased into the row. It was not until seated that I realized what I had done and who I had plopped down next to. There on my left was a gray-headed hero, a future Order of the Faith shoo-in, the late C.M. Becton. Ladies and gentlemen, I was excited and mortified all at the same time. If there ever has been a place where I felt like I didn’t belong it was in that moment.

Following a time of communal prayer and announcements, we moved into business and voting for office leaders. During the voting he noticed me admiring his pen. It made sense to me that a classy guy like him would have an elegant Montblanc pen with piano keys on it. Even though I was some random young preacher who had invaded his row, he handed me the pen and said, “take a look.” After telling him that it was a beautiful pen, he began to talk to me about how it was a gift and how much it meant to him. There is not one action during the business that day that I can recall. Truthfully, I am not sure who was voted into office or what resolutions passed. However, I can tell you that C.M. Becton talked to me for the rest of that business session. He did not know me, but he did not need to know me to believe in young preachers. That day during the business session, a hero taught me kindness and character. While I’m sure he went on to his eternal reward never knowing what that conversation meant to me… one day I plan to catch up with him and let him know. Until then, I’ll strive to give others what I learned from him.